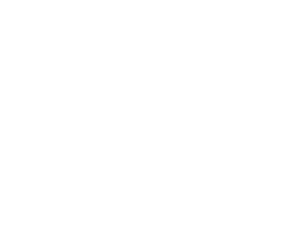 Hailing from The Netherlands, 28 year old singer and artist, Kimberly Fransens combines her killer vocals with her strong personality in every song. The most exciting new voice in the pop world, the Dutch has blazed through the global charts with hits like “Love You Better” and “Forgetting to remember,” collaborating with the likes of Yellow Claw and Julian Jordan and releasing on labels such as Powerhouse, 8ball Music, Armada, Cloud9, STMPD RCRDS, and Roc Nation.


Dreaming about music from a very young age, Kimberly began her career as a performer in musicals such as “The Sound of Music” and “Annie”. With a background in music, it became clear Kimberly was no ordinary talent at the auditions for a Conservatory Bachelor, where she worked hard on improving both her musical and vocal skills. In 2016, she decided to go on a new adventure joining the IDOLS talent show journey. Her live rendition of ‘Stone Cold’ performed live on stage in a filled bathtub went viral on social media and secured her spot all the way to the finals.


From there on, Kimberly has been working hard on reinventing herself, creating her own music and her own sound. Releasing new music and performing on many stages. Recently started her very own YouTube channel, on which she regularly releases killer covers of the hottest new tracks in town. With videos being shared by the original artists, reaching over 50K subscribers and millions of views, it’s safe to say Fransens’ YouTube channel is definitely one to watch!


In 2019, Kimberly auditioned for ‘The Voice of Holland’ and her take on Céline Dion’s ‘My Heart Will Go On’ immediately turned all four judges’ chairs. With looks and dance moves that match her musical talent, her performance on the show granted her a deal with 8ball Music, on which she released singles and the theme song of a Dutch movie.


Truly passionate and always dreaming big, Kimberly Fransens is definitely proving herself to be one of The Netherlands’ most promising singers. Aiming to release an EP and collaborate with talented artists, 2020 will definitely see Kimberly taking her career even further.